The agenda included tasks arising from the Presidential Decree No. 3559 dated February 23, 2018 “On measures on cardinal improvement of the activities of the JSC Pakhtasanoat Ilmiy Markazi and on the implementation of planned scientific works for 2018, as well as the implementation of road map events approved by JSC Uzpakhtasanoat order No. 58-i/h dated February 26, 2018.

The meeting was led by Mr. Tokhir Kuliev, Director General of the Scientific Center. 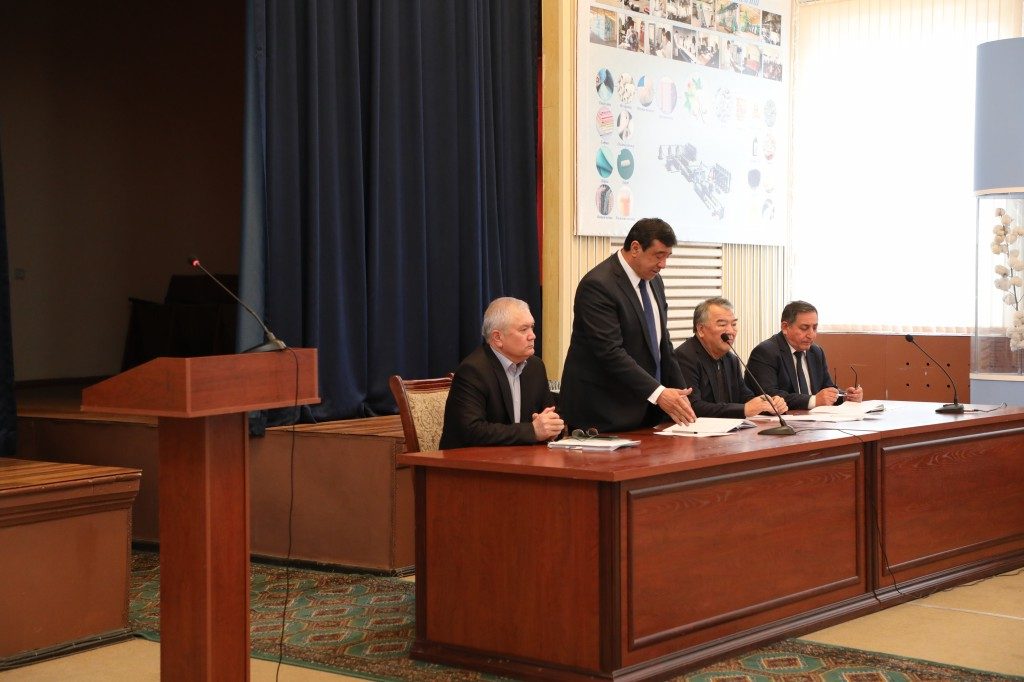 He touched the issues on the agenda and noted the importance of ensuring the fulfillment of the tasks defined in Presidential Decree No. 3559 dated February 23, 2018 “On measures on cardinal improvement of the activities of the JSC Pakhtasanoat Ilmiy Markazi” and the activities identified in the roadmap approved by the JSC “Uzpakhtasanoat”.  He stressed the importance of ensuring the implementation of the scheduled works and pointed out the shortcomings in the implementation of this issue. 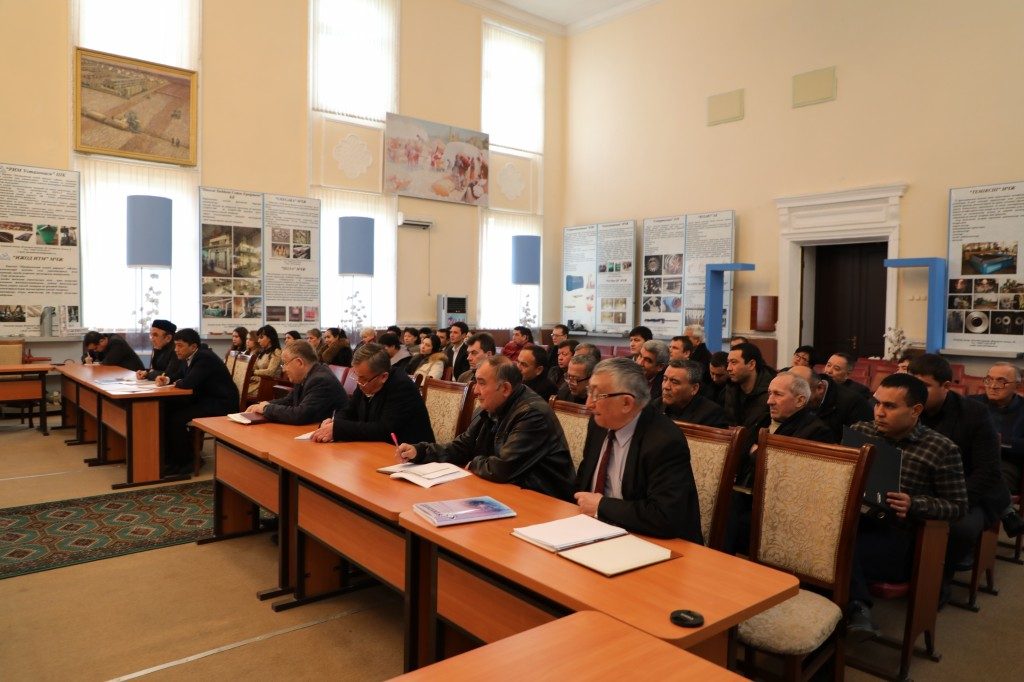 Mr. Irkin Maksudov, the Adviser on Science Issues, gave detailed report on the progress by the departments and labs of the Scientific Center on activities stipulated in the “Road Map” to drastically improve the activity of Pakhtasanoat Ilmiy Markazi. 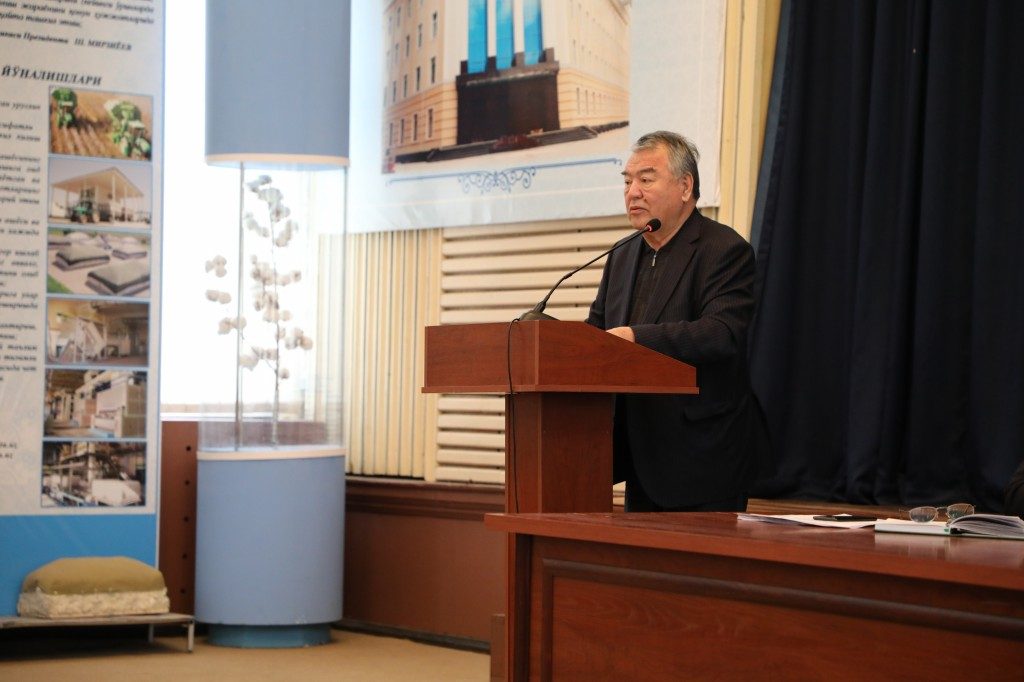 Mr. Kadambay Jumaniyazov, the First Deputy Director General for Science and Innovations, made a report on the progress in the implementation of the scientific works scheduled for 2018. 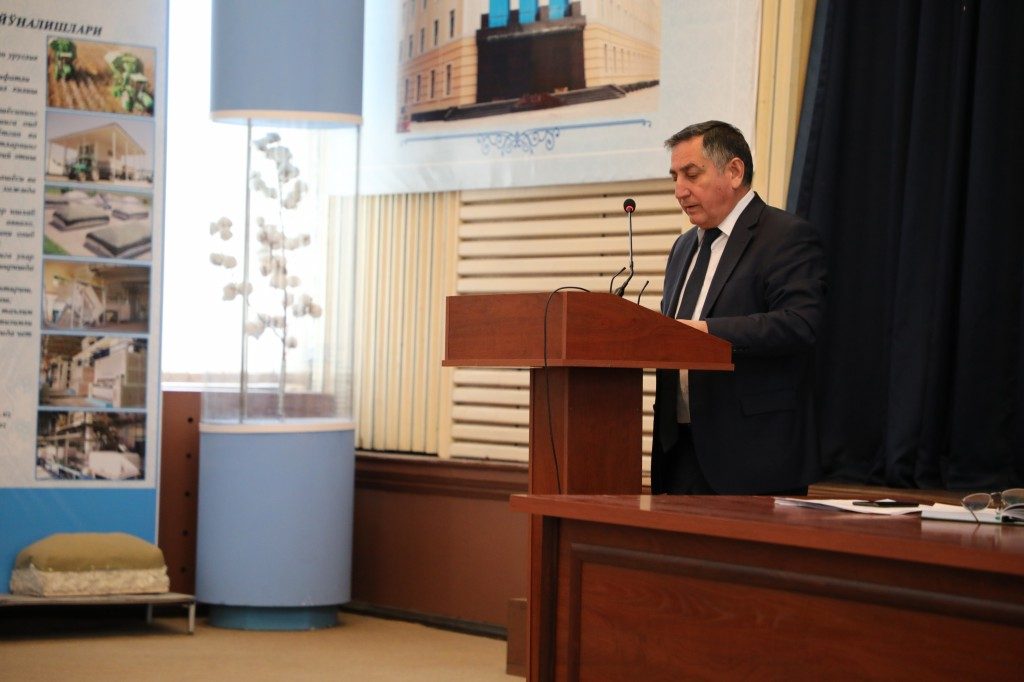 Chief Researcher of the Laboratory for drying and cleaning raw cotton, Mr. Pavel  Borodin, informed about the progress of work on his research topics,  conduction of test work on the development of completed projects, as well as the state of production of prototypes at RIM Workshop.The Head of the Department of standardization and metrology, Mr. Akmal Akhmedov, spoke about the work being done in regard to the testing of device LKM-3 and plans for its installation at the experimental cotton ginneries. Along with this, he reported on the progress in manufacturing of PAM devices and other measuring devices necessary for the cotton industry.

The Chief Specialist of the Information and Resource Center Mr. Sobir Usmanov, informed about the progress of the tasks defined in the “Road map” and organizational on publication of the new journal “Cotton Industry”.

The Leading Specialist of the Department for Standardization and Metrology Mr. Dilshod  Madrakhimov reported on the work related to the implementation into operations process of progressive saw discs for gins and linters with extended operation period. The tasks on preparations for the celebration of the New Year and provision of security measures on the territory of the Scientific Center during the holidays were also discussed at the meeting. 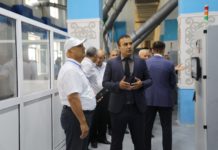 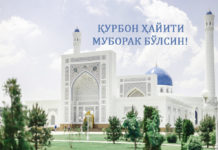 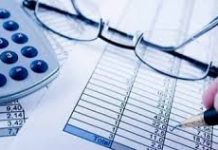